// A live performance and the creation of an artwork during the Citizen Engagement
and Deliberative Democracy Festival 2020, organized by the European Comission //

Headline
write something
write something
When observed through a microscopic lens, our bodies turn into dry skin deserts, tropical forests of navels or armpits, wetlands of tongues, lagoons built of pores or into hairy islands.
Microbial Landscapes is an installation that evolved during the CEDD online festival. A multilayered landscape illustrates the hidden worlds of the human body and directs the attention to the microorganisms living in and on our bodies, normally invisible to the human eye. 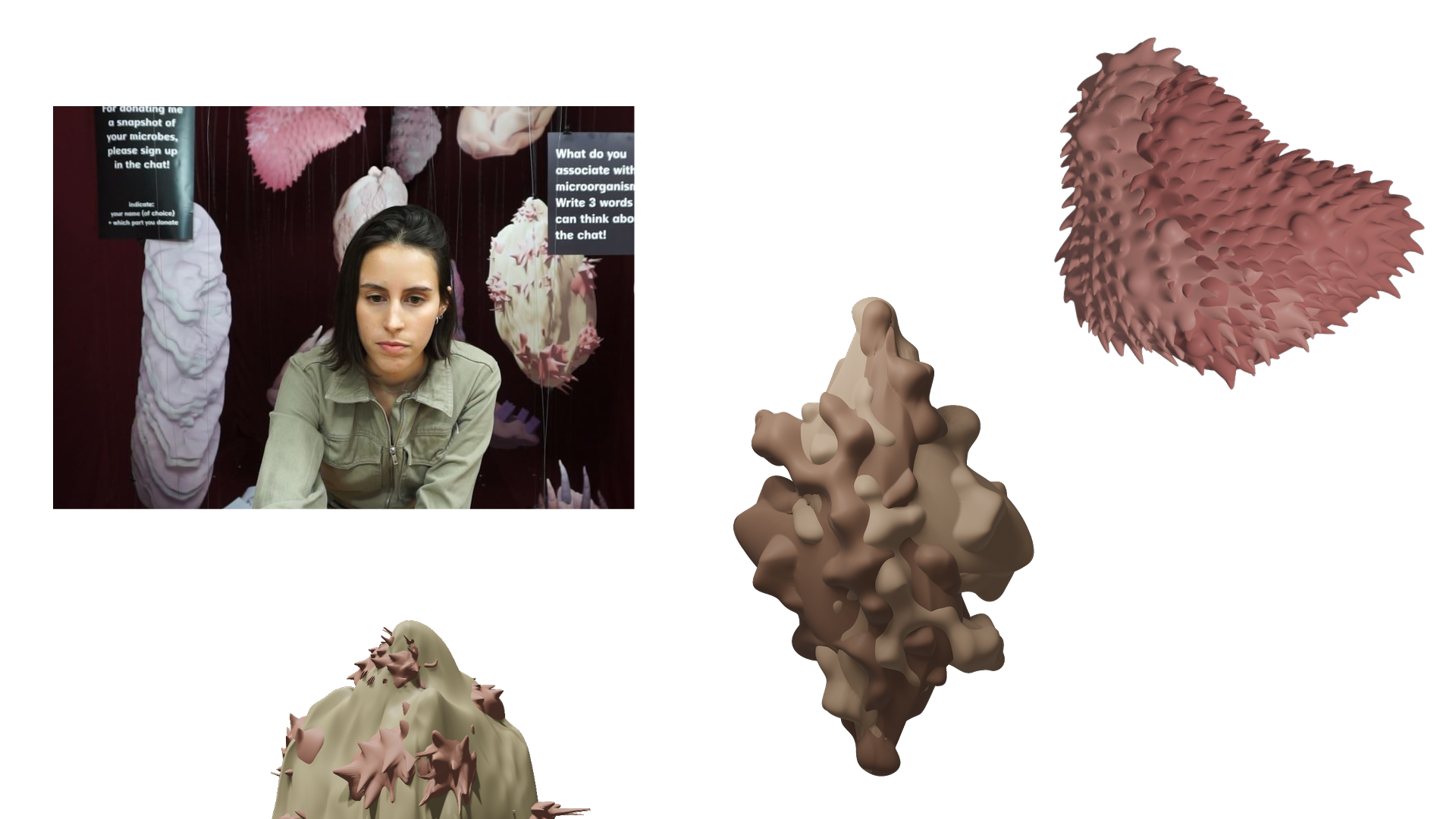 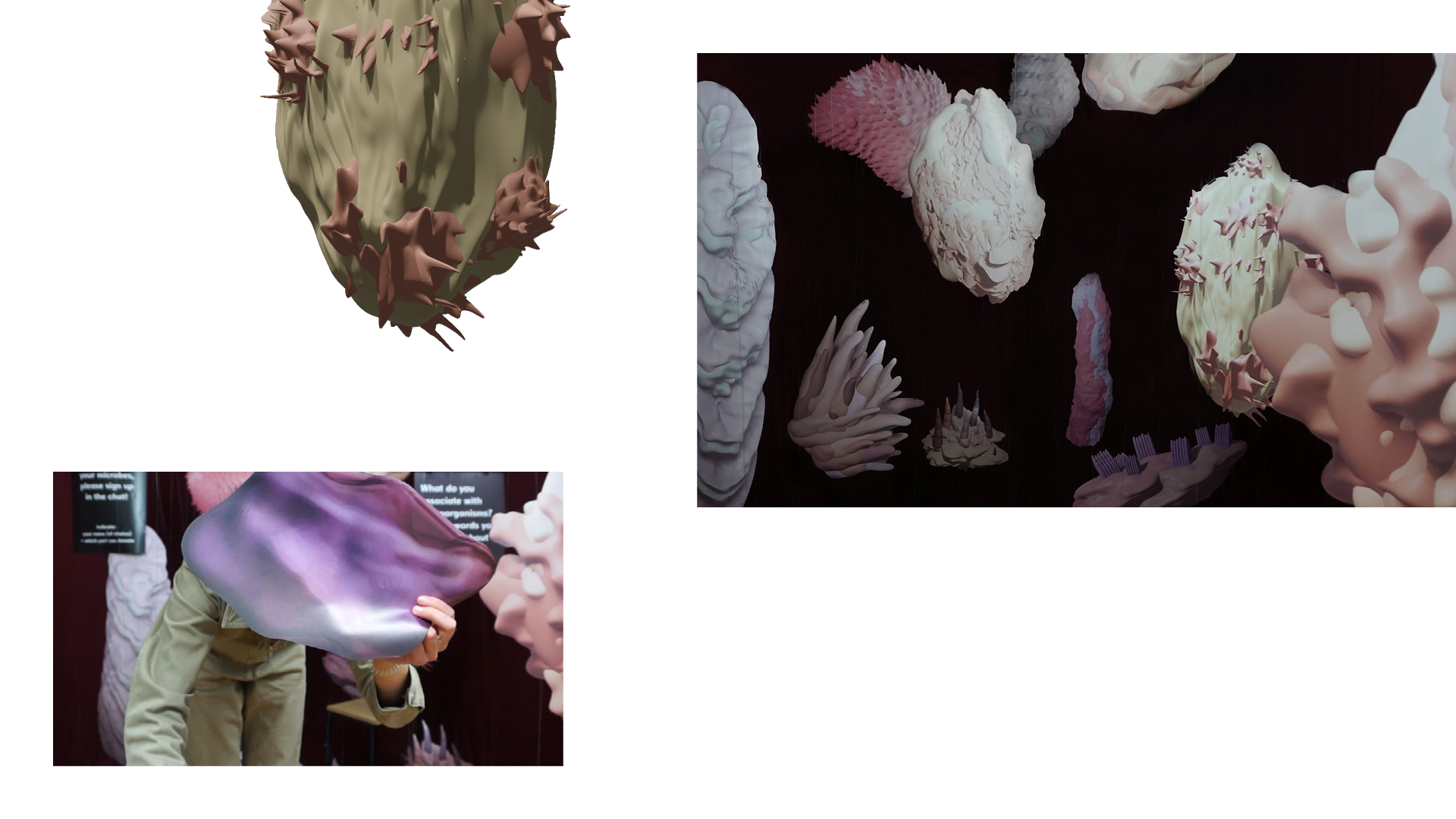 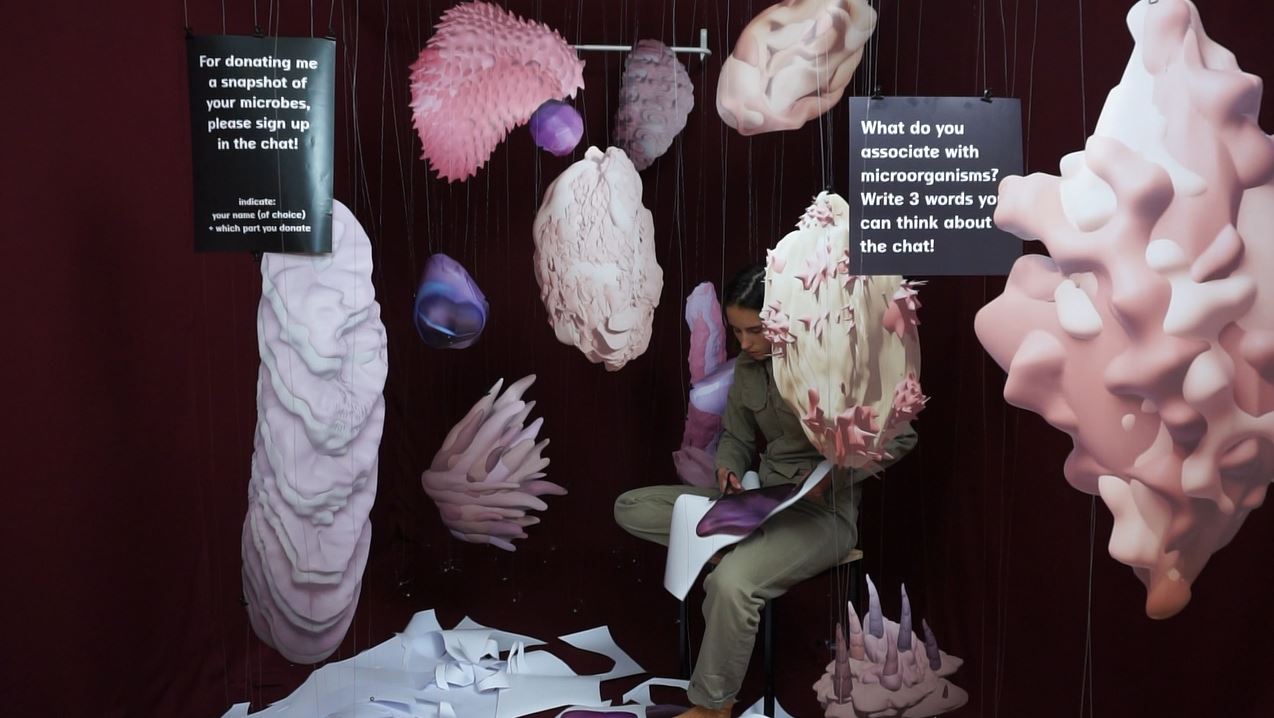 The live performance could be streamed during the festival and was divided into three sessions, during which ones the artwork evolved and interactions with the audience took place. The different body parts were inhabited by microorganisms harvested through the screen from participants willing to donate some of their microbes. 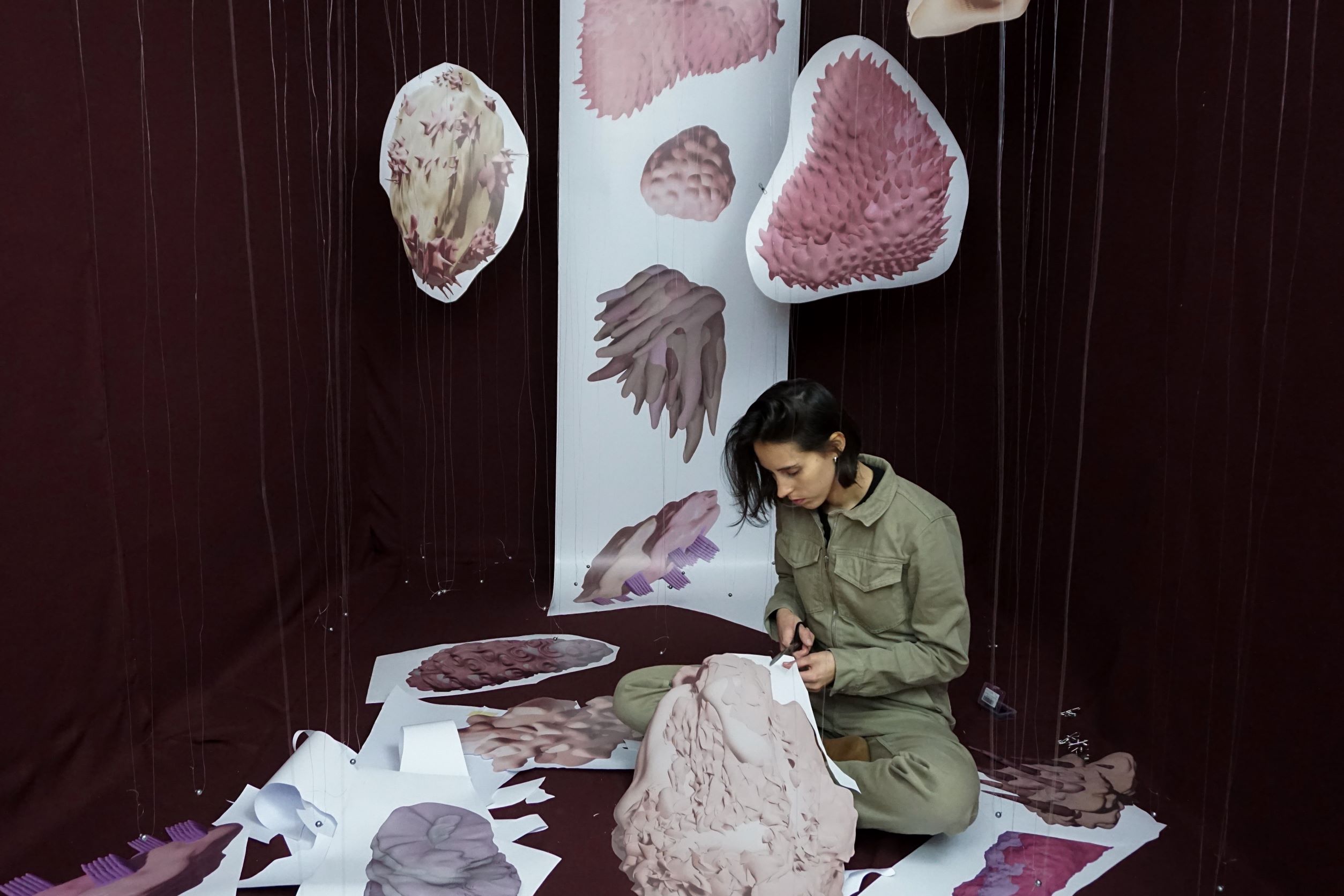 The procedure of the microbial harvest took place in between screens. Individuals who were willing to donate some of their microbes, turned on their webcam and moved as near as possible to the lens with a chosen body part of theirs, so I could make a screen capture of that moment. A large eyeball, tongues, fingernails, strands of hair or toes sneaked into the camera.